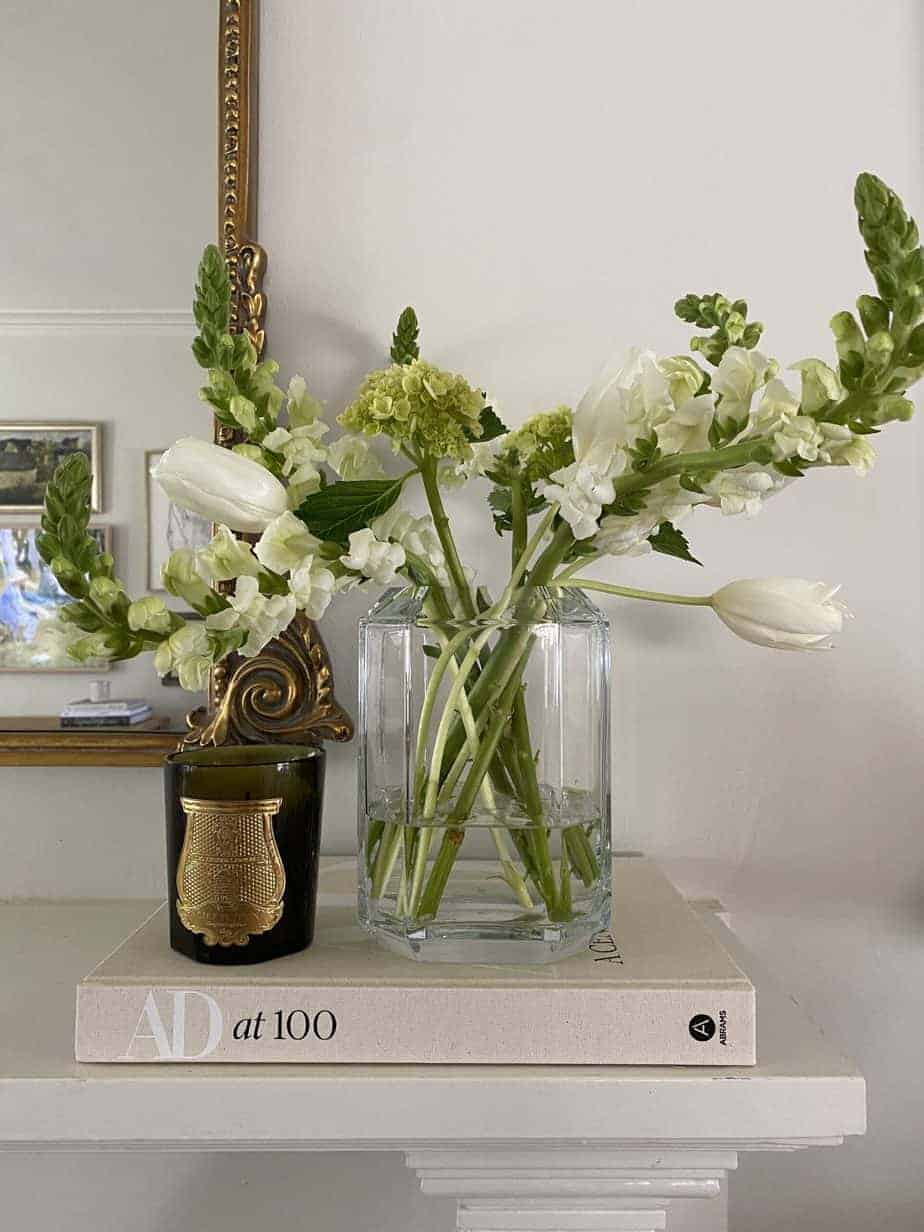 I don’t think it’s any surprise that I love having fresh flowers throughout the house for the week. This is one of those little luxuries that I allow myself every single week. I don’t spend a fortune on them and get them mostly at Trader Joe’s and the local grocery store. There’s just something about walking into each of the rooms and seeing a vase full of flowers to put a smile on your face. I have several favorite vases that I have discovered over the years that are my go to for flowers. I feel like vases can be such a statement piece but also something you don’t have to spend a ton on either. You can use anything from an elegant glass cut vase to something as simple as a little cup.

I love the distressing on this vase which is actually terra cotta but glazed over. The iron handles give it a European feel that I absolutely love. I usually put colored tulips in this vase but not for any specific reason.

Both of these vases add a touch of elegance to the room. One of the vases is actually from Amazon and under $20. The other glass vase is a mixing glass from CB2 used for cocktails. That’s the best part about vases, you can use whatever you like and will hold your flowers. It doesn’t ever have to be a traditional vase.

Sometimes, a good white vase is hard to find. This exact one is from Target and sold out but I’ve linked a similar one. A vase like this is always good on the coffee table or kitchen table I feel. Dressed with your favorite flower, this vase is very welcoming.

This is actually a drinking pitcher turned into vase. It’s so pretty that it deserved to have flowers inside. London actually put this together one day, but shows how pitchers can be just as pretty with flowers in them. I also love to use this cane pitcher as well in the Summer for flowers.

I saved my favorite vase for last because it’s truly the best. This is a new vase to me as of this year. Someone I follow has this vase and has talked about it for years. It was on major sale the end of last year so I went ahead and bought it, not knowing what to expect. It’s truly the most beautiful vase I have ever seen and a definite gem. This is one of those pieces I will treasure forever and I don’t regret purchasing it at all. The shape, color, and cut are incredibly beautiful and unlike anything I’ve ever come across. 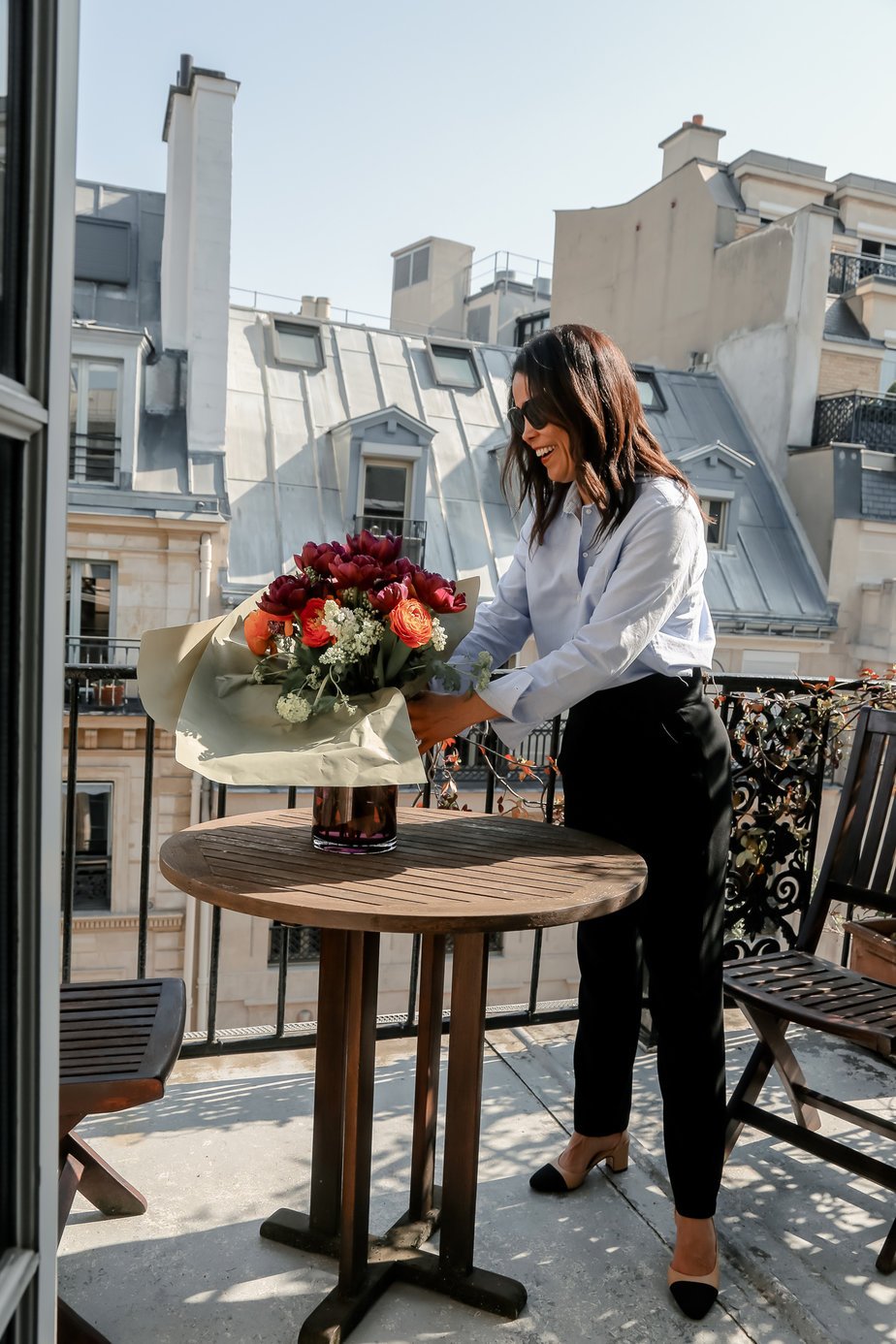 BONJOUR!
I’m so happy you’re here! Thank you for visiting La Vie On Grand, a digital destination for classic, timeless, and elevated styles for women over 40. Here you’ll find everything from fashion to decor to travel all with a French-inspired flair. I am a French wannabee living in Kansas City but my heart lies in Paris.